What are the types of Criminal sentencing? 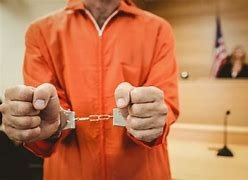 The Sentencing Act 1991 (Vic) explains a range of available sentencing types (sentencing orders) for adults when found guilty of offences in Victoria. The sentencing, however, is different for kids.

Under section 5(3) of the Sentencing Act 1991 (Vic), a court must not impose a sentence that is more severe than necessary to achieve the purpose or purposes for which the sentence is imposed. Criminal lawyers in Adelaide call this the principle of parsimony.

That said, the Adelaide criminal lawyers can appeal to the court to impose additional orders on these sentences if found appropriate.

When and where sentencing happens?

If you plead guilty or are found guilty, the magistrate or judge will either sentence you immediately or set a date for a sentence hearing. In most cases, you must appear at the sentencing hearing. Courts have the authority to impose non-custodial, custodial, and exceptional orders.

What are the Non-custodial sentences?

These are referred to the ones which do not include time in prison. There can be the following –

Good behaviour bonds — Applies when the convicted promises good behaviour for a set period but this can also include surety such as guarantee or amount of money along with some other terms and conditions.

Restitution or compensation order — When you have to pay for property you’ve taken or damaged. It includes compensating the accuser  for an injury and can be tagged with another sentencing order.

Non-contact or banning order — A prohibition on you contacting the victim of the crime or another person, or going to specific locations for a specified period of time. This order can be combined with another sentence.

Fine — Where there is the order to pay a fine as punishment for the offence. Depending on the type of offence and the court hearing the case, the final fine amount will be decided. There is provision to pay the fine by instalments. For those unable to pay the fine can apply to change it to unpaid community service. Fine can be sentenced instead or as well as another sentence.

Community service order — This is the order where you have to do unpaid community service for 40–240 hours (usually spread in 1 year), and comply with the various conditions.

Probation — The order asks you to be present in the community and report regularly to a probation officer.

A custodial sentence is about going to prison. Depending on the offence, there can be parole eligibility or release date.

Imprisonment — Is the time one spends in prison with a conviction recorded and the term depends on the offence.

Intensive correction order — When there’s a prison sentence of 1 year or less spent under intensive supervision and can have rehabilitation programs and counselling along with performing community service.

Suspended sentence of imprisonment — The court may suspend all, or part, of your sentence of a particular time period for a person who is sentenced to up to 5 years with conviction recorded.Indefinite prison sentence — For serious, violent offences and sexual offences, there can be indefinite prison sentences as the court believes the person is a danger to the community because of past history, age, health, character, or mental condition. This can be changed according to some court orders.

Previous Posts How to start and operate your own profitable import / export business at home
Next Posts When should I hire a criminal defense attorney?